Well, I'd no idea not even knew the difference between fusion and fission.
So I read - and ended up as below -

In this section, I'll try to figure the chemical form of gold, its stands on periodic table and other easy scientific matters among gold.

Gold is most malleable metal amount others, 1 ounce (28g) of gold can be beaten out to 300 sq feet [goldAu] or can be beaten so thin, so thin that you can even see through (transparent).

Historically, some scientist (mainly arab scientist) tried to convert some normal metal to gold or search for a magic stone(sometimes known as philosopher's stone) which will convert any ordinary metal to gold.

For example, the one from Lawrence Berkeley Laboratory in 1990 [1]. The amount of gold produced was so small that it had to identify by measuring the radiation given off by unstable gold nuclei that been decayed over the course of a year. Another one was in Harvard University in 1941. At Harvard they tried synthesized gold from mercury by neutron bombardment. The result was gold isotope with radioactive[2].

Where gold came from?

On average each 1000 tonnes of earthly material contains 1.3 grams of gold. However, if gold had mixed with other earthly material at the time of molten earth, it should be found in earth core. But gold is only found on the surface of the earth [bbc2].
From a Harvard published news, Unlike elements like carbon or iron, it cannot be created within a star. Instead, it must be born in a more cataclysmic event, also known as gamma-ray brust.

Here comes the scientist theory, that gold actually comes from outer space. But how ?

Scientist saying that, Gold comes from a cataclysmic event - Cataclysmic Event ?
What is that ?

Well, again scientist saying that, while a collisions happened between two neutron stars.

Wait - Wait, what is neutron stars. - Neutron star is the smallest and densest star known to exist in the Universe.[wikipedia on Neutron star] More preciously -

a celestial object of very small radius (typically 30 km) and very high density,
composed predominantly of closely packed neutrons. Neutron stars are
thought to form by the gravitational collapse of the remnant of a massive
star after a supernova explosion, provided that the star is insufficiently
massive to produce a black hole.

Gamma-ray brust are the brightest electromagnetic events known to occur in the universe [wikipedia], The cause of gamma ray bursts (aka GRBs) has been debated. It is now thought that they occur when a black hole is formed by an extremely powerful type of supernova. They may also occur when neutron stars collide [bbc3].

So, such neutron star collision made meteorites shower - which contained a certain amount of gold and that replenished the Earth's mantle and the continental crust with gold [bbc2] [harvEdu].

Another source, a scientist group from Michigan State University with TU Dramstadt, used a computer module to show, either the Gold comes from Supernova or neutron-star merger. Which means with that computer module researcher were able to simulate the production of these heavy metal like Gold [msuEdu].

Now question is whether can we really transform other material to gold? Like the ITER does?

At the ITER, it is designed to use deuterium and tritium (hydrogen isotopes) as fuel and generate helium and high-energy. So, the question here is it possible to use the same technique to transform other metal to gold? For example, taking Hg (Mercury) [80 in periodic table] or Pt (Platinum) [79 at periodic table] and using the fusion technique to convert those into pure gold. Well, No, not possible. The explanation is as below -> 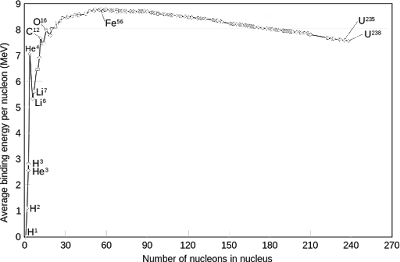 With other elements than hydrogen the energy ratio (in energy / out energy) is very less. The more upper elements are taking for such fusion technique the less return of energy. Well, that's not totally true, because when you reach till Iron (Fe) [theoretically] there is nothing that returning back. Same theorem is true for stars, as they start transmutation from hydrogen up as far as iron, and as there is no net energy output the star explode from the pressure from outside gravity. Because the star cannot resist against the core energy coming from the fusion reactions.

As hypothesis, lets imagine that a system like ITER can able to do as much as controlled heat and pressure required to transform the matter. But this way the system are able to go upto Fe (Iron). Thereafter the system, most probably will turn to plasma or eat itself (thyself blackhole).

So, using the process of ITER, it is not possible to transform any other metal to gold. But as from the reference [1] & [2] it may possible to produce a radioactive gold [however it will be in atom size, or need to detect the goldish activity through radiation] and ofcourse won't stay as gold forever in nature. Although, even can produce the gold atom, the production cost of 1 atom gold would be a sum of billions of dollar (well lets say other way, production cost of 1 atom gold is few tons of natural gold).

Ok, now lets come to the main point? Why I was referring better to invest in gold, may save his money (better call it wealth).

Lets see what professionals are talking about gold?

Recently Justin Rowlatt of the BBC World Service conducted an interview with Andrea Sella, Professor of Chemistry at University College London, in which Prof. Sella provided an in - depth review of the periodic table of the elements to explain why gold, among all the atomic structures in the known universe, is uniquely and ideally suited to be money in the physical world [bbc].

Now I'd like to quote directly from, The New Case for Gold, by James Rickards

Professor Sella deftly leads the reader through a tour of the table. He shows that most of the matter in the universe is completely unsuitable for money . He then zeros in on that handful of elements that are suitable and singles out the one that is nearly perfect for the purpose — gold. Sella quickly dismisses ten elements on the right -hand side of the table including elements like helium (HE), argon (Ar) and neon (Ne).

The reason is obvious—they're all gases at room temperature and would literally float away. They're no good as money at all.

This way, he rejects Hg, Br as they are liquid at room temperature, others are poisonous, e.g., As. The twelve alkaline elements, Mg, Ca, Na are dissolve or explode on water contact didn't suit them as money. U, Pu, Th are radioactive, where Fe, Cu and Pb do rust or corrode. Kept searching pos and cons, Al is too
flimsy, Ti is too hard etc. At the end they found eight matters can be used as money, called "Noble metals". Iridium, Osmium, Ruthenium, Platinum, Palladium, Rhodium, Silver and Gold. Except silver and gold all others are very rare in nature, thus too rare reason to be money. As well those six are very difficult to melt.

So, what's rest, - Silver and Gold. And both of them was used as money, for thousands of years until the modern banking took over them (That's other discussion). Out of these two gold is always first choice as its golden, always
gets final attraction.

Well, you may say, but the gold is also loosing its value. - Short and simple answer is, No, gold never loose its value, but your currency does, with what you are comparing gold's value. Change the vacuum wealth of the market currency (Dollar, Euro etc.) to something that really holds some wealth and compare it with gold. For example, what about a sheep, or buying a big loaf of bread.

Consider how must it was cost in 1900 or even 13 century to buy a sheep (livestock; because mostly livestock is consistant in supply - demand) against gold value of that time, and right now, you are reading this post.
A collection of research is here - http://faculty.goucher.edu/eng240/medieval_prices.html and comparison of price (here pound) is here - https://www.measuringworth.com/ppoweruk/.

To note that, from ancient time, gold was the standard of a value, which means before the Bretton Woods in 1971, Gold itself was "money".