It is a long delay of writing this part of Eudyptula challenge of 3 and 4.

But I would like to continue this series till the end (upto 20th of challenge).

Today, I'll project two challenge together, as they ain't long or big and not really a part of programming or really working with kernel space. As it is task of 3 & 4, the task number 1 & 2, specially 2 is a pre-requisite. So, my assumption is, you have already finished the task 1 & 2 and now pursuing this task number 3 & 4.
As you've done the task 2, i.e., you've just build the custom kernel, you've sent your work, and received this line -  Congratulations on passing this task!

It is very interesting and quite important to notice scanf() behavior in C programming,

While you are writing a code for example,


-- the second scanf() will not hit while you run the program. But if you reverse,

Because scanf() function reads new line character from Return key, so while something Integer has been read into a variable and then pressed Return, a New Line created due to Return key is staying in buffer and the next scanf(), which is ready to take a character variable took that New Line as character value and as it filled with a character, it automatically skip.

But on other case, as the second scanf is as integer, it does not effect with above cause.

Because, scanf() function removes whitespace automatically before trying to parse, except - again EXCEPT,

A MQTT application with QR code and OpenCV


Once a cake sent to us, bought back to package-center and next 2 days, as we were not able to pick it.
However at the same day we were rounding near by package-center for few times.

While get back home, it was late and 2 days later we'd a cake with feet-smell.

It often happen with us, delivery package from DHL/Post or others arrive, while nobody is at home. So at the evening, while back home, found the note from postman - either collect it from neighbour or report to postoffice / collection center.

However, it would be nice to know, as well saves time and effort, that a package was at my door. So, I can pick it while coming back home, if time allows.

For such scenario let me to grab the idea of building an automated system, so absent of recipient, postman will scan a QR code, with the camera attached with doorbell and bring the packet back to package collection center.

So how does it will work ?

Eudyptula Challenge is started in end of 2014 and getting very popular among linux enthusiast. A lot of people registered, or by mean of join-in with Little Penguin, but about half of them didn't submit the first task.

Some important notes and comments you can find about eduptula in this link https://events.linuxfoundation.org/sites/events/files/slides/ec.pdf.

This time, I'm going to discuss about Task-02. This one is a very little task about building customer kernel.

Your task will start from downloading the kernel source, you can download it as .zip, but best and most recommended option is using git. Figure out how you can get link for latest version of kernel. One of the example could be -


git clone git://git.kernel.org/pub/scm/linux/kernel/git/torvalds/linux.git
Read more »
Posted by Fail better!!! at 11:14 AM No comments:


This post and coming is intended to help of getting things easier on Kernel challenges, The Eudyptula Challenge.

But it will not give you the total solution, [however, you can find those by googling] but will try to help you how you can understand the problems and get the things easier.

Well now - the Eudyptula challenge is a list of tasks to learn linux kernel, its structure and development processes. Mainly its a bot, supplying and evaluating your tasks.

The first requirement to participate the challenge is to learn emailing as plain-text. Those who are well known of using sendmail from command line do know it by heart. But for modern young guys - you better use thunderbird, and set its settings as unchecked Compose message as HTML format.

On other hand, if you are using gmail on web by selecting Plain Text Mode while composing your email would give you same benefit.

37 sensor kit box is shipped with a Infrared Transmitter sensor. Alike Line Tracking Sensor, this one also a single pin sensor, turned on infrared while got ON / High on Signal port.

Hardware Description :
The IRT sensor circuit is very simple, just consist of a Infrared LED. The sensor got 3 physical PIN, and only Signal marked as S. Well, the middle on is for Volt [5v], and last one is for GND.
S is connected to GPIO – 2. 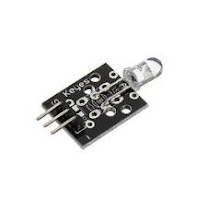 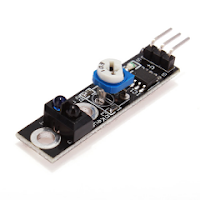 KY-033 is a line tracking sensor. This project is to develop a dynamically loadable device driver for sensor KY-033 to enabled in RaspberryPi -1.

As it required to develop a kernel module, same version of running kernel header should be installed and configured for the system.

You got a task to figure precise round trip time of a remote device or perhaps, need to measure how much time it required to receive the sensor data at requested side.


To measure accurate round trip time from client to sensor, two different technique is mainly popular.

The idea is client -- server scenario, which means a server will run on sensor side and wait for client will request. Once receive the request, server script will perform the task and respond back to client.